2005: Born of necessity, the very first Procella Audio loudspeakers are designed in 2005 by Anders Uggelberg and Gerben Van Duyl, for a brand-new DTS Theatre located at the DTS Europe headquarters in Twyford, some 20 miles west from London, in the Thames Valley area in England. Anders Uggelberg was then the Director of Cinema Technology for DTS Europe. Gerben was head of Business Development, working primarily with artists, engineers and producers on DVD Audio and multichannel music. When the expansion of the DTS offices brought the opportunity to build a state-of-the-art in-house preview cinema, Anders and Gerben were asked to design this facility. Anders is a THX trained and certified cinema designer with a long track record as both a cinema designer and as a speaker designer. With over 300 cinemas and professional studios to his name and his first speaker design dating as far back as 1978, this in-house assignment for DTS Europe was nothing short of a dream job for Anders. Some of the cinemas and studios Anders designed: • Sandrews ‘Biopalatset’ screen 1, the first THX approved cinema in Scandinaviarn• EuropaStudios ‘THX-mix1’, the first THX approved mix room in Scandinaviarn• Kinopalatsi, the first THX certified cinema in Finlandrn• SF Bio ‘Filmstaden Sergel’, the largest multiplex in Sweden 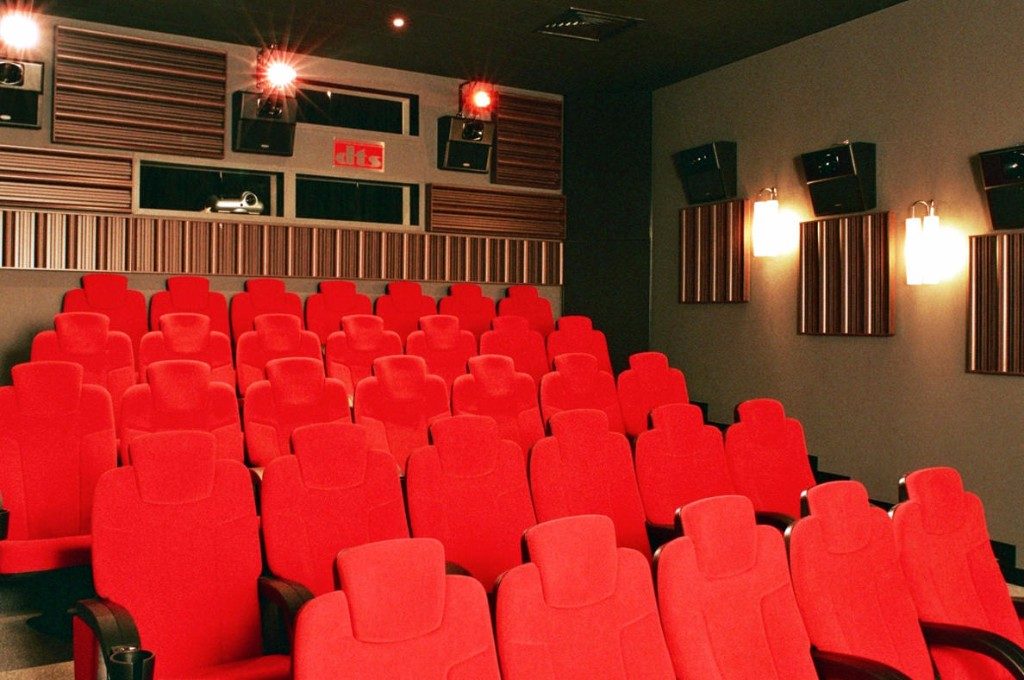 The specific requirements for the DTS Theatre asked for a medium size room of about 30 seats, with superior audio and video capabilities from both cinema and home entertainment sources, such as 35mm film, e-Cinema, and movies and music from DVD, in every existing DTS surround sound format. On top of that, the room had to be capable of taking in new technologies as they would come along, such as the expected Digital Cinema (DCI) standard and new optical disc formats such as HD DVD and Blu-ray Disc. The first compromise that needed to be found was the type of speakers and the layout of the speaker system. With the different requirements from the cinema and the home entertainment side of the company, DTS needed a speaker system that could handle both with equal capability and prowess. As no such speaker system could be found in the market, Anders and his colleague Gerben Van Duyl decided to design the speakers themselves, based on the exacting requirements of the DTS Theatre. Rather than compromising ‘down’ to a lowest common denominator, the design was aimed ‘up’ at the highest common denominator between the cinema and home entertainment requirements. Taking the best of both cinema speaker design and HiFi home speaker design, Anders improved on both through meticulous acoustic design, careful selection of the very best driver components, sophisticated mathematical modeling and finally, performance testing and optimising. This design was finalised and built by a specialist speaker factory in Sweden and installed in the DTS theatre in the summer of 2005. The system was based around a few key principles: the use of identical speakers for the screen channels and for the surround channels providing ‘identical voices’ around the room; the use of closed box cabinets for superior transient response and group delay characteristics compared to bass reflex cabinets; the use of a constant directivity waveguide and carefully matched crossovers for superior dispersion characteristics; the use of a three way system using ideal components for bass, mid and high; the use of professional quality, high-efficiency drive units capable of superior dynamic range and ultimately SPL (if so desired); the use of professional audio controllers or Digital Signal Processors (DSP) which control all of the audio in the room and allow very detailed fine-tuning of the acoustical result. As the DTS Theatre was being built and the speakers were being installed, Anders decided that his now rekindled love for designing cinemas and speakers was too strong and he left DTS Europe, to start working as an independent designer again.

2006: The first project that Anders designed was for the BAFTA in London, where DTS helped implement a 7.1 system in the Run Run Shaw room. It brought Anders and Gerben back together again as a project team, as Gerben was the project manager for this installation. The successful implementation of the speaker design at DTS and at the BAFTA prompted Gerben to start thinking about a commercially available speaker system based on the learnings from the original design. A few phone calls later between Gerben and Anders, and the comprehensive re-design of the Procella Audio speaker system had begun.

In June of 2006, the second generation Procella Audio speakers were built and launched at the CEDIA Expo 2006 exhibition in London by the UK distributor for Procella Audio, Pulse Marketing. In September 2006, DTS sponsored a Procella Audio equipped demo room at the HiFi News Show in Heathrow, London. The system consisted of a Procella Extended configuration, totalling three P815 screen speakers, six P8 surround speakers and six P15 subwoofers. After a gruelling 24 hour set-up effort by Procella, DTS, Pulse and Yamaha engineers, this room wowed the crowds at the show. The second day a small, glass trophy appeared in the room, courtesy of HiFi News. The system had won the Best Demonstration In Show award. 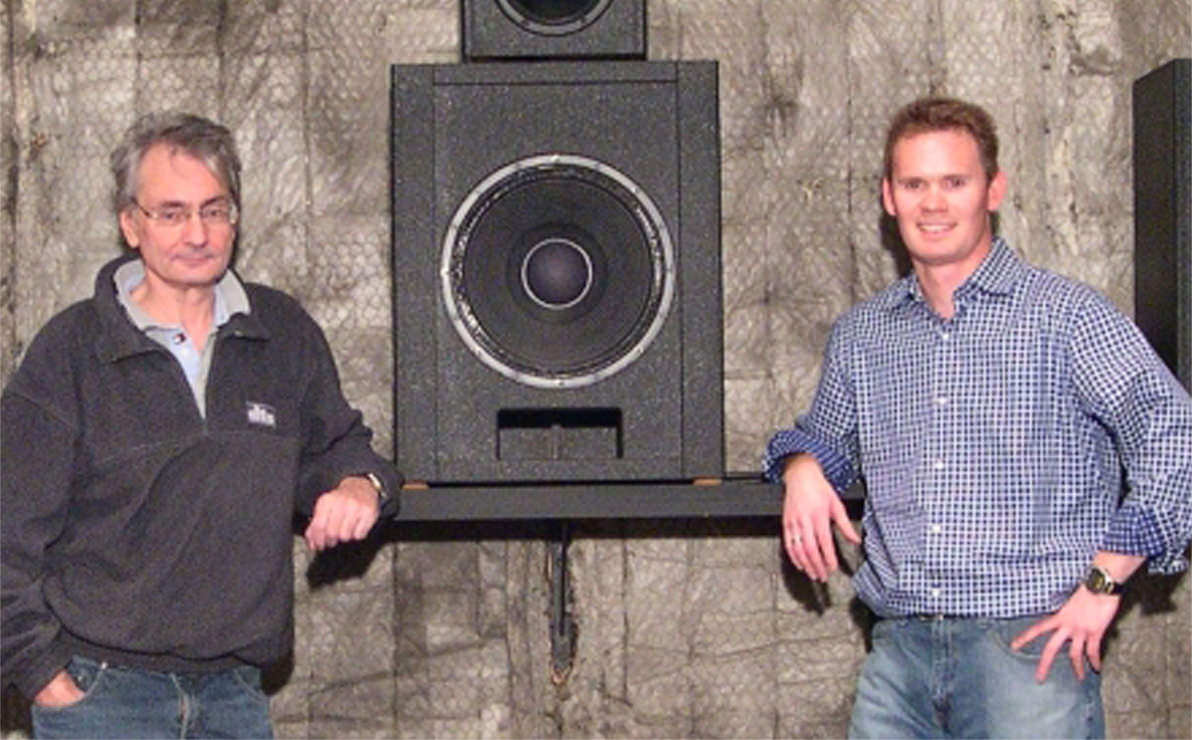 2007/2008: Procella Audio Ltd supplies high quality speakers systems to professionals and consumers around the world who want to build small cinema rooms, preview theatres, recording studios or home cinemas with the same exacting audio quality as the DTS Theatre. In many ways the Procella Audio speakers are very similar to the speakers built for the DTS Theatre. However, they are different and better as well. The Procella Audio speakers are a complete re-design, resulting in better cabinet designs and shapes; they deploy better mid-range woofers for the critical midrange frequencies and they enjoy many acoustical improvements, all resulting in even better audio quality. 2009: Procella Audio Svenska AB is founded and a new factory is opened in the middle of the Swedish woods, where all the Procella Audio loudspeakers are manufactured and critical parts such as cross-overs are hand-made. With the introduction of the P6 and P10 active subwoofer, Procella dynamics and sound quality becomes available for smaller rooms and more moderate budgets. 2010: Procella Audio USA is formed to make Procella loudspeakers available in the U.S. and North America.

2011: Procella upgrades two of the most popular speaker models, the P8 and the P15 subwoofer. In mid-2011, the P610 full-range main speaker is introduced, bringing Procella full-range performance to a much lower price range. Along with the P610, a new subwoofer concept is introduced, the balancing subwoofer. The compact P10Si can be concealed inside walls and used to control low-frequency room modes. 2012: A busy year for Procella introductions. The incredible flagship P860 makes its debut, and the first Procella rack-mount power amplifier ships. The DA-2800.four channel power amp provides DSP and massive power for all Procella models. In response to requests for a tall and narrow P6, the P6V is introduced, and it quickly becomes a sales success. 2013: The P28 mid/high frequency module from the P860 is made available separately as a very high-output main or surround speaker. Procella leads the industry into the 3D Audio era with the first demonstrations of Auro 3D, at the CEDIA trade show. 2014: Anders has been very busy! The P5 speaker and P12 active subwoofer hit the market late in the year, bringing the Procella Effect to new size and price categories. And the long-awaited P6iW in-wall version of the P6 is delivered, with tremendous interest from enthusiasts looking to mount Atmos height speakers in their ceiling. 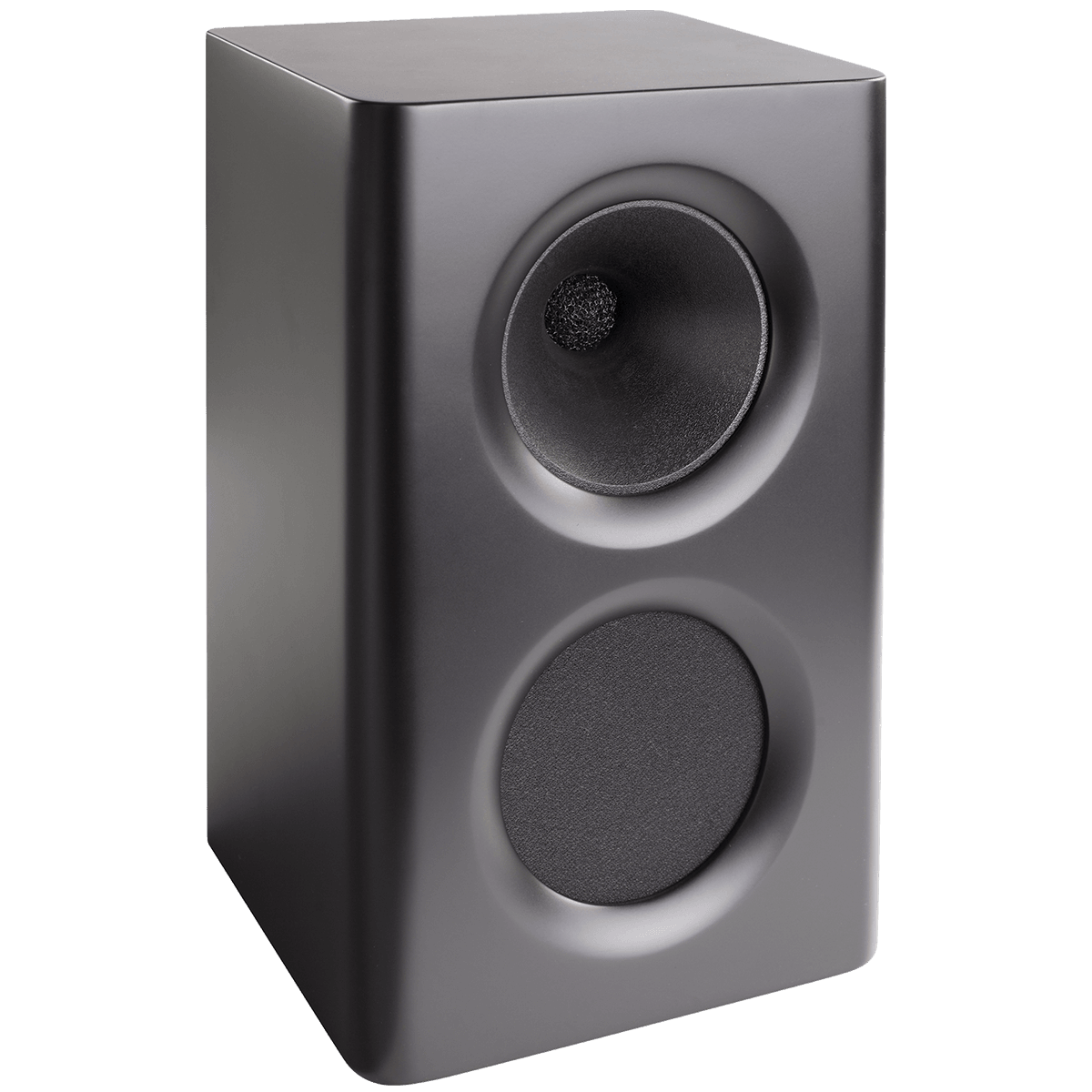 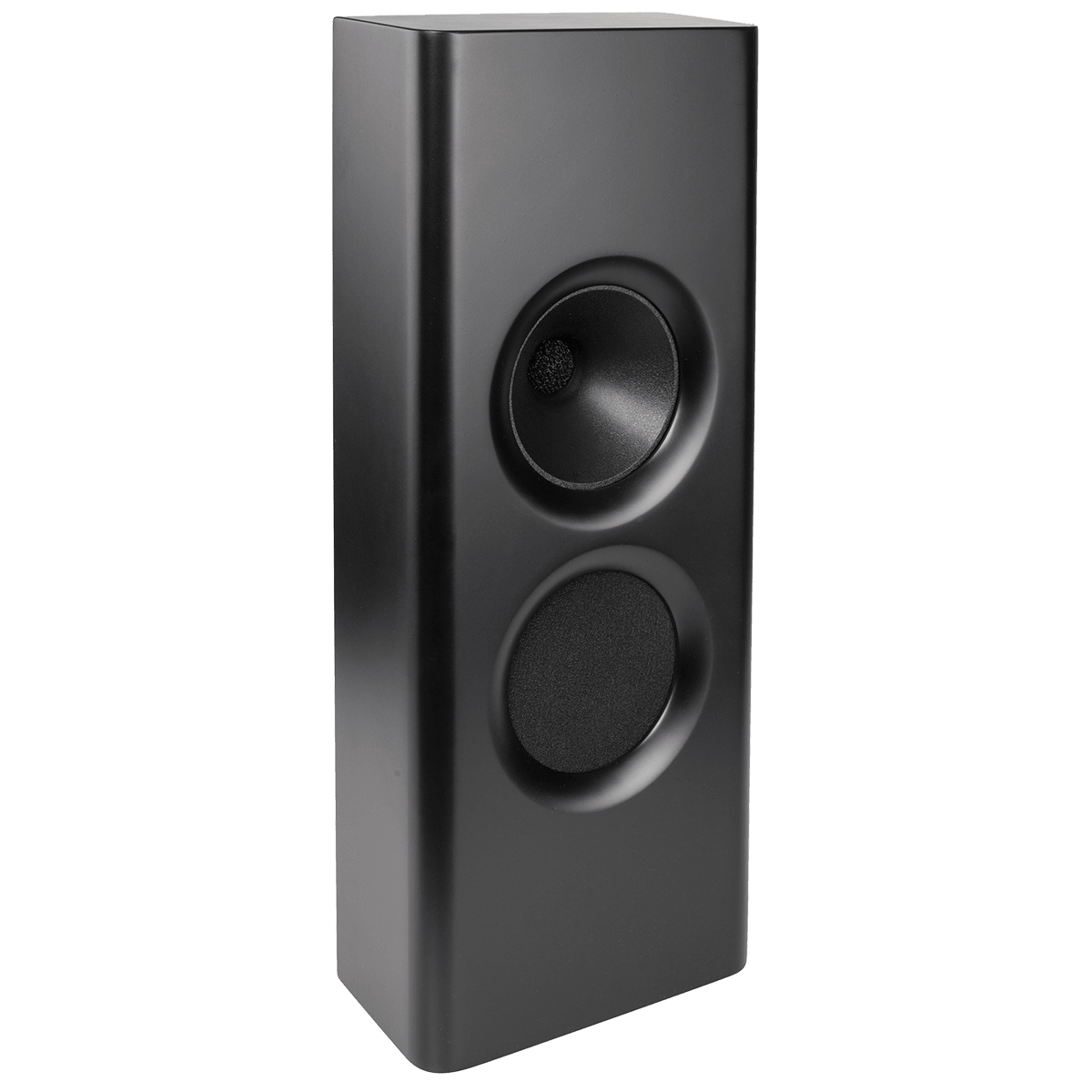 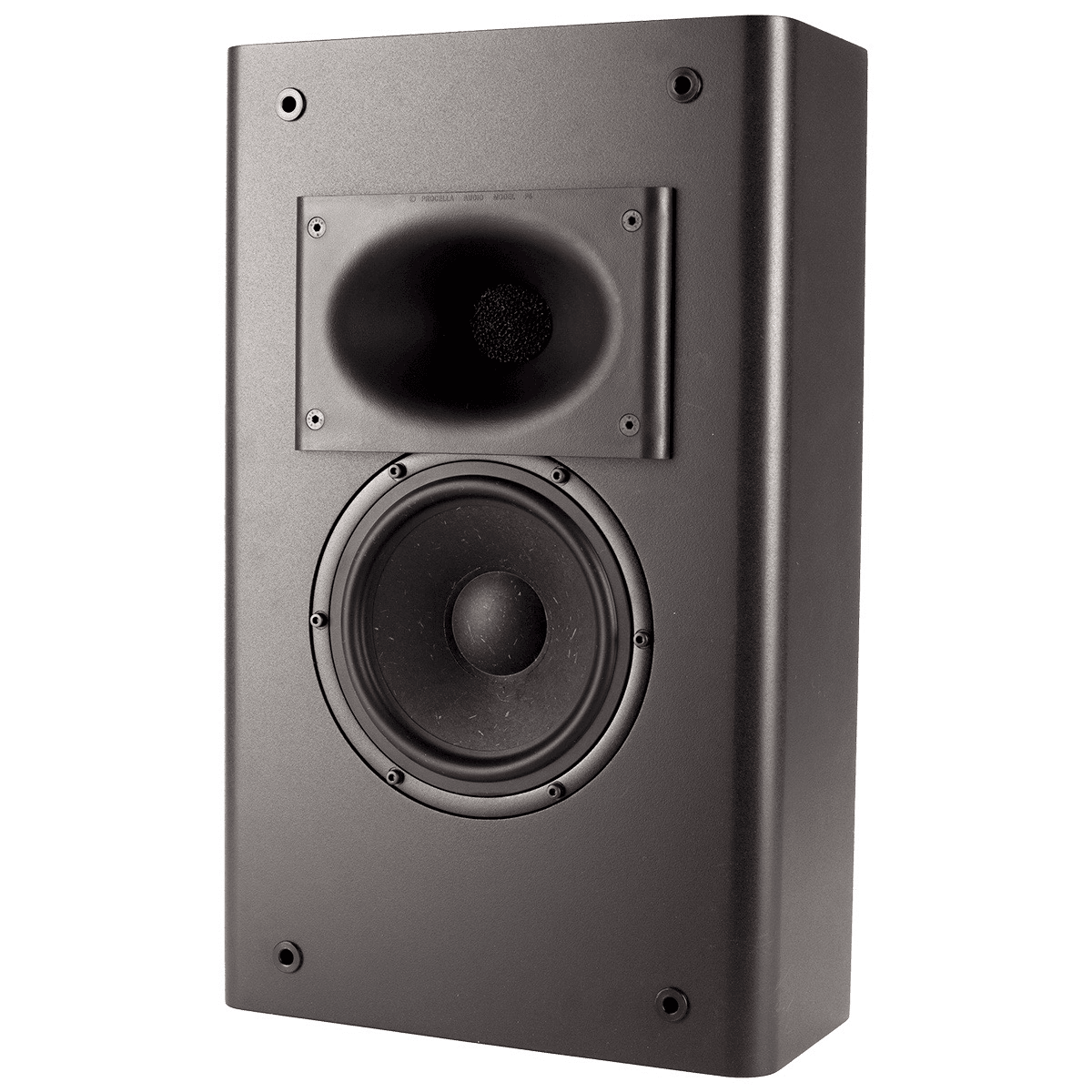 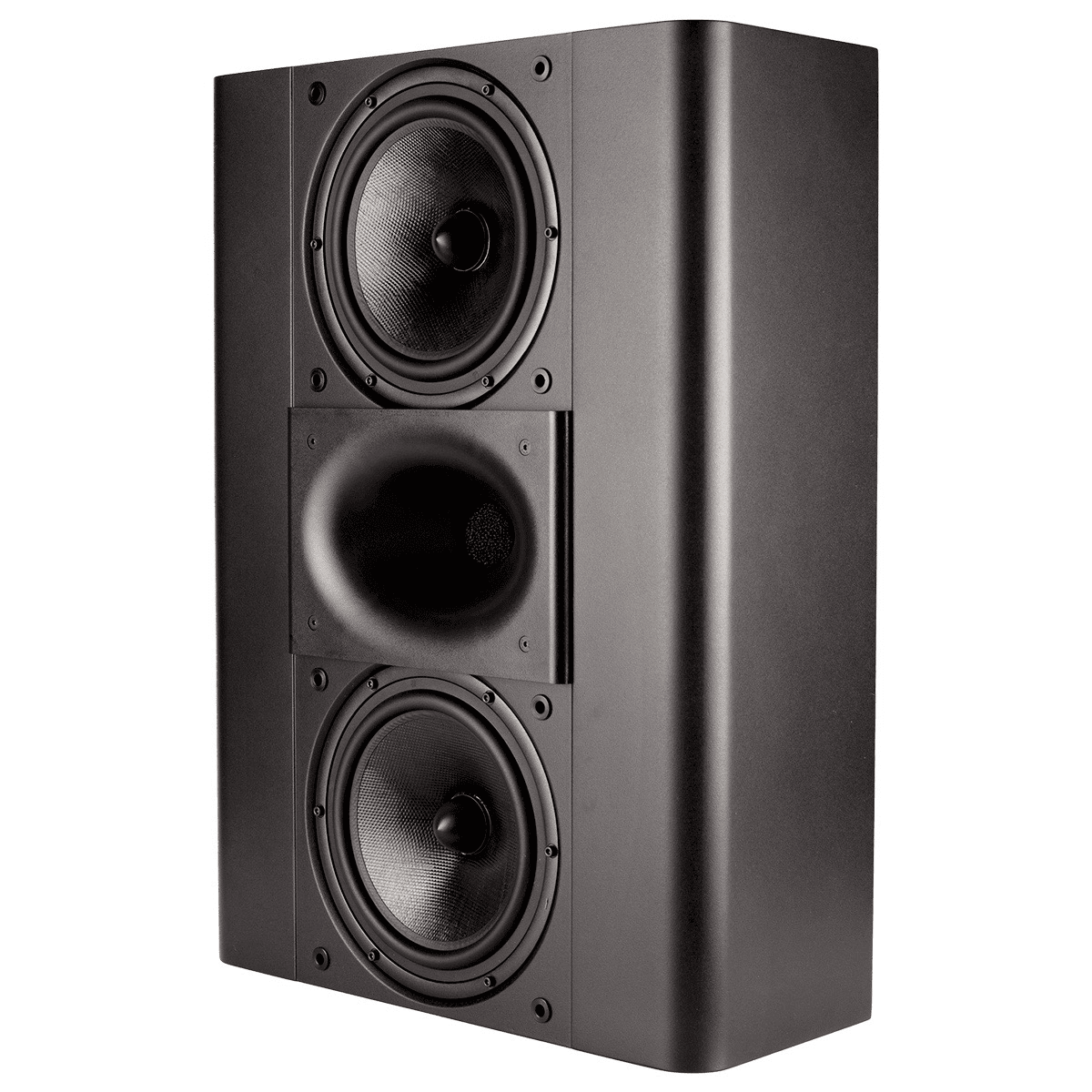